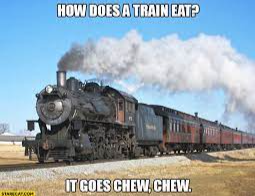 Amtrak is about to launch their biggest train expansion in history. There will be $66 billion in funding available but Ohio hasn’t decided to take any of the funding yet. Why not, and what will this mean for Ohio Paychecks?

🔥Bottom line: With Amtrak adding new railroad lines, getting around would be much easier. Plus, more trains provide better services and easier transportation and they can lower emissions by 75%. But state leaders have to decide if this is the right choice not only now but in the future, too.

Are you keeping track?