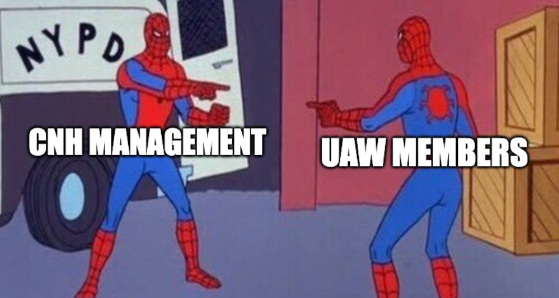 Over 1,000 workers at two CNH plants, including the one in Racine, went on strike May 2nd after contract negotiations fell apart. Apparently, we’re not dealing with enough chaos in the workforce already. So what in the blue hell is going on?

🔥Bottom line: Everyone’s in a tough spot here. The existing worker shortage puts a lot of pressure on CNH executives, but striking employees still have to deal with sky high inflation that their dues don’t necessarily take into account. Something has to give soon on one side or the other.

What do you think of the strike? Let us know by connecting with us on Social Media and be sure to share this newsletter with any friends & coworkers!