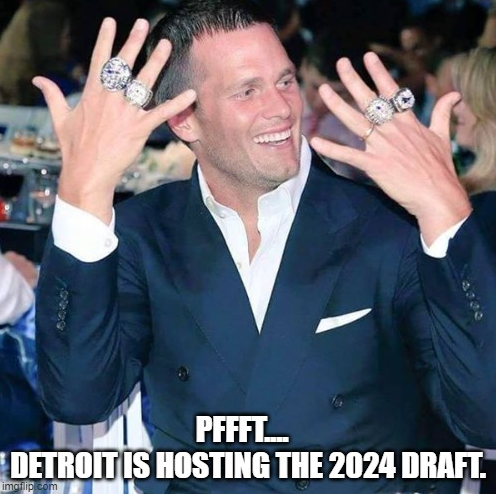 Detroit knows how to party. We’re no stranger to hosting Super Bowls and other NFL events; we’re just not used to playing in them.

But that’s okay. Every year is a new chance for it to be “our year”. And in 2024, it will be our year – to host the draft anyway. Some say the economic impact will be huge. But what does it mean for your paycheck?

🔥Bottom line: Detroit is no stranger to taking center stage for big events. As the world reopens, it’s important to showcase all the wonderful things going on here in the Motor City. And bringing close to a million visitors over the course of 3 days? Rock on.