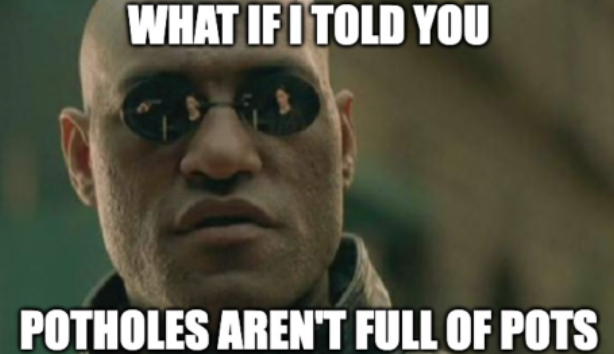 Our freeze/thaw cycle creates potholes that are bigger than Kanye’s ego. If you’ve ever hit one with your car, you know how much damage they can do. Avoiding them is tough, but getting them filled is tougher.

🔥Bottom line: Potholes, much like Ben Affleck and J-Lo, are an ugly constant. Until new ways are found to deal with them (again: science and/or money) we’re going to have to be smart and careful about how we drive around them.

What’s your worst pothole story? Let us know by connecting with us on Social Media and be sure to share this newsletter with any friends & coworkers!