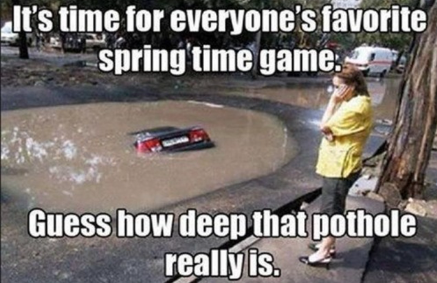 No, that's not a newly-discovered meteor crater 🌠🚀. It's just another car-sized pothole in Michigan. How bad is it? A recent study by an organization called TRIP revealed the poor road conditions cost households $19 billion in auto accidents, repairs, and traffic congestion in 2021🚦.

🔥Bottom line: This issue is a sinkhole that just won't quit. More than two thirds of the roads in Michigan have a rating of poor or fair. The solution will most likely require bipartisan cooperation and a ton of creative brainstorming.

Have you encountered any car-sized potholes on your commute? Let us know by connecting with us on Social Media and be sure to share this newsletter with any friends & coworkers!