Student Loans: Over Half of Americans Say They Can't Pay 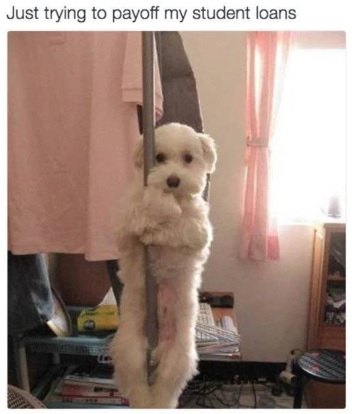 Just when you thought you were safe from selling pictures of your feet 🦶on the internet, student loan payments are set to resume on September 1st.

Loan payments were originally suspended to help people survive pandemic-related financial problems. But now a recent survey shows that nearly 60% of people with student loans on hold say they won’t be able to resume making payments in the Fall! 😱

Many of those folks were banking on Biden to follow through on his campaign promise to forgive student debt, but that's not looking very...promising.

🔥Bottom line: Extensions on student loan payments may help in the short term, but they only prolong the inevitable for those who can't afford them to begin with. A solution to the nation's crippling student loan debt is a hot button issue for both sides of the aisle. Solving the problem in a way everyone's happy with is very much TBD.

What's your take on student loan debt? Let us know by connecting with us on Social Media and be sure to share this newsletter with any friends & coworkers!